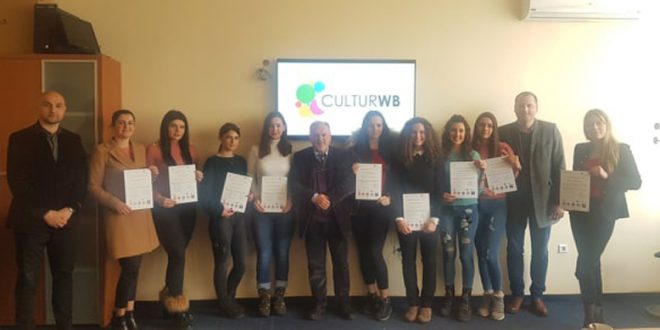 The awarding of certificates for trainees and lecturers of lifelong learning courses within the “CULTURWB” project was held at the Rectorate of the University of East Sarajevo today. This is the third and last generation to have an opportunity to participate in this program, which was co-financed by the European Union, through the Erasmus + program.

During the courses, which were realized with the aim of developing the competences of people in the field of cultural tourism, very good cooperation with cultural institutions and economic organizations was achieved.

The CULTURWB project is one of the Erasmus + projects, designed within the framework of cooperation between the EU and the countries of the region, which aims to strengthen competences in higher education. “CULTURWB” focuses on cultural tourism as a particular area of tourism that deals with an individual’s deep cultural experience, whether at aesthetic, intellectual, emotional or psychological level.