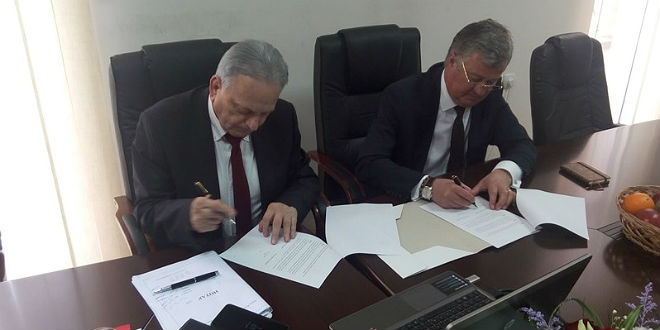 The signed agreement represents the continuation and expansion of successful cooperation that the University of East Sarajevo has have for years with universities from Romania.

The Acting Rector Pasalic stressed the significance of signing the agreement on the cooperation of two universities, which includes research and research projects.

“At the presentation, which preceded the signing of the agreement, we heard that Romania had similar problems as BiH and Republic of Srpska, including the university area, so we would exchange experiences in that field,” said Professor Pasalic.

He said that cooperation in the field of science, or higher education, was very important for the overall cooperation between Republic of Srpska and BiH with Romania.

The Rector of the University “Valahia”, Prof. Dr. Kalin Oros, expressed his special thanks to the Ambassador of BiH to Romania H.E. Mile Vasic, who, according to him, had merged two universities.

“The Romanian University is young and one of the most modern universities in Romania, especially in the research area,” said Ambassador Vasic and added that the EU funded the university with 15 million euros.

The signing of the agreement at the Faculty of Business Economics in Bijeljina was attended by the Ambassador of Romania to BiH H.E. Ms. Dana-Manuela Konstantineska, Vice-Rector for International Cooperation and Quality Assurance of the University of East Sarajevo, Prof. Dr. Dejan Bokonjić and Dean of the Faculty of Business Economics Prof. Dr. Miladin Jovicic with associates.