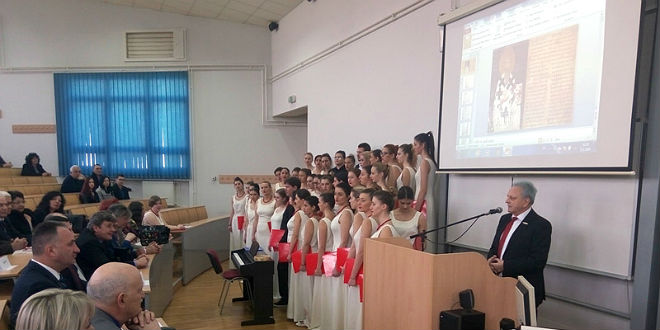 Two faculties of the University of East Sarajevo – Faculty of Pedagogy and Faculty of Business Economics, traditionally celebrated St. Sava, Orthodox education patron, in the premises of the Center for Higher Education in Bijeljina.

At the ceremonial academy held on January 27th, the University representatives said that St. Sava laid the foundation for modern education, and that with his merit, education became available to every individual.

Acting Rector of the University of East Sarajevo, Prof. dr Stevo Pasalic stressed that it was important to remember St. Sava not only as educator, but also as a pacifist.

The hosts of the ceremony said that it was necessary to nurture the values ​​that St. Sava promoted in education, the organization of society, and everything that defined one nation.

Share
Previous The Dean of the Faculty of Physical Education and Sports is the winner of the Special Award for Contribution to Scientific Research and Publicist Work
Next The consortium meeting of CULTURWB project was held in the Netherlands
Designed by UCCES
© 1992-2021. University of East Sarajevo. All Rights reserved.