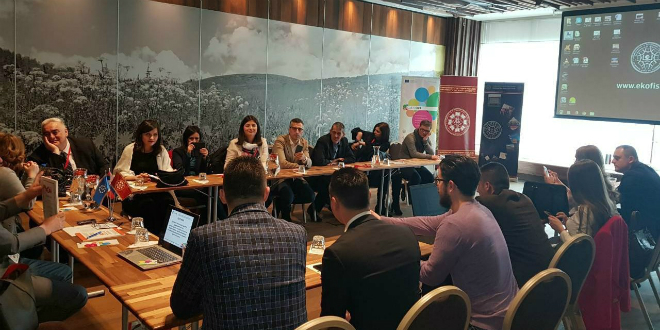 Cultural tourism in the Western Balkans on the “Jahorina Business Forum”

During the conference “Jahorina Business Forum”, held on Jahorina in the period from March 22 to March 24, 2018, the participants were informed about the goals and results of the CULTURWB project.

The information was shared by the project coordinator professor Tatjana Pivac from the Department of Geography, Tourism and Hospitality at the Faculty of Natural Sciences and Mathematics in Novi Sad and representatives of the University of East Sarajevo, porfessor Branislav Masic and Dajana Vukojevic, PhD.

Following the promotion of CULTURWB project, a roundtable on the theme “Cultural Tourism in the Western Balkan Countries” was held, where representatives of the academic community and other participants of the conference discussed cultural tourism in the countries of the Western Balkans. Experiences from the region were highlighted and positive directions and examples of the direction in which this form of tourism should develop were received. Also, representatives from Croatia presented a positive and negative experiences in the implementation of similar projects financed from EU funds.

Share
Previous Students of the Department of Synology, Faculty of Philosophy teach Chinese language to the elementary school pupils
Next The Ambassador of the Russian Federation H.E. Petr Ivancov expressed his support to the activities of the University of East Sarajevo
Designed by UCCES
© 1992-2022. University of East Sarajevo. All Rights reserved.