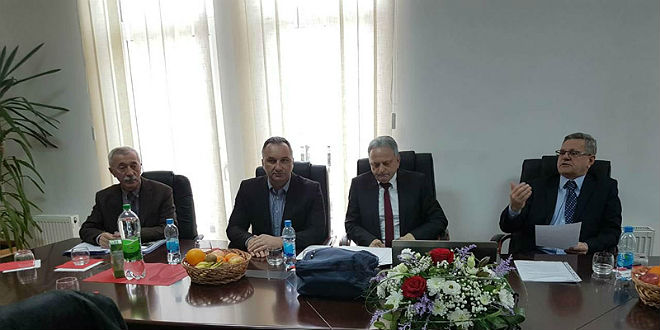 The meeting of the Rector’s Conference of Republic of Srpska, chaired by the Acting Rector of the University of East Sarajevo, Prof. Dr. Stevo Pasalic, was held in the premises of the Center for Higher Education in Bijeljina on February 19, 2018.

The topics of the meeting, among other things, were the issue of accreditation of higher education institutions and study programs. Also, the financial report for 2017 was adopted.

The Draft Law on Amendments to the Law on Higher Education was also discussed, and the common attitudes of participants of the Rector Conference of Republic of Srpska were defined.